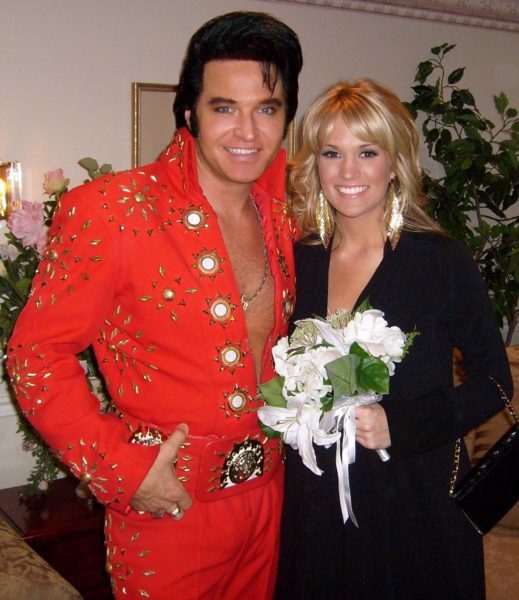 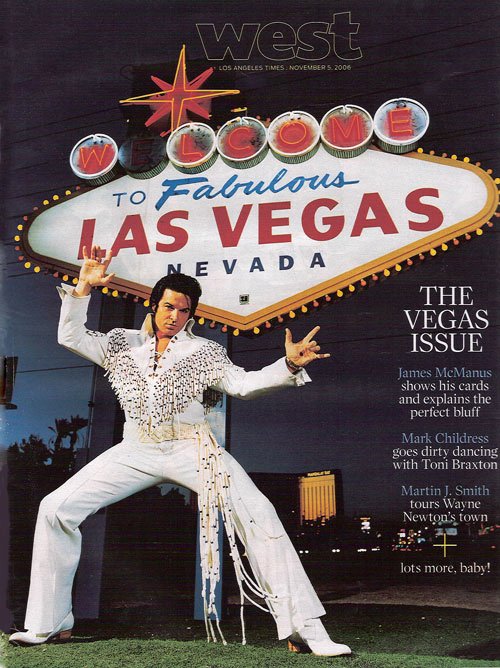 King of the Elvis Impersonators 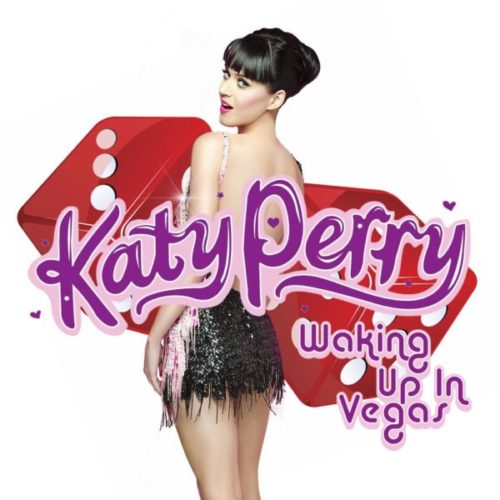 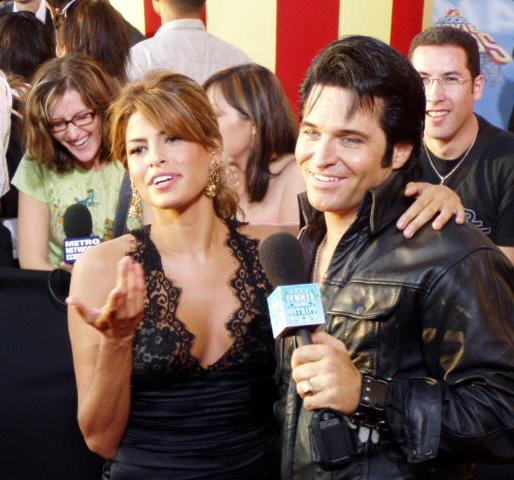 Official Elvis of MTV and VH1

Johnny has Starred as Elvis on over 7 TV Shows and Red Carpet Events for MTV & VH1 and was named their Official Elvis!

Elvis Tribute Artist  Johnny Thompson has performed all over the world for Casino’s, Cruse Ships, and Arenas and Theaters. Johnny has performed for the The Sultan of Malaysia wife and Queen, Hard Rock Cafes in the Philippines and Malaysia. The US Ambassador of Bolivia, and Sports Teams such as the Chicago White Sox, The San Antonio Spur’s, The New York Jet’s, and many more. He has performed in Music Festivals in China, The Philippines, Malaysia and Mexico. A true professional in every sense of the word, Your audiences will love Johnny! He has hosted more TV Shows and starred in many TV Shows for MTV Movie Awards and other shows, VH1, E! Entertainment, Music Videos, and ETA Documentaries. He is The Official Elvis of MTV and VH1 and was one of the first ETA’s ever Sanctioned by Elvis Presley Enterprises for many TV Shows and Product Trade shows appearances all over America. Johnny has worked with many of Elvis closest friends over the year including the Jordanaires, Joe Esposito, Ed Bonja, Estelle Brown, George Klein, Darlene Tompkins, Lamar Fike, Charles Stone and many others. In 2007 after Winning the Images of the King World Championship in Memphis, TN., Johnny went on tour with 2 other tribute artist in a 26 city tour of France, Belgium and Finland, playing at the largest Zenith Arena’s and Theaters in those countries. Johnny has starred in music videos with both Carrie Underwood and Katy Perry.

Johnny has Starred as”Elvis” in These Movies, TV Shows and Venues 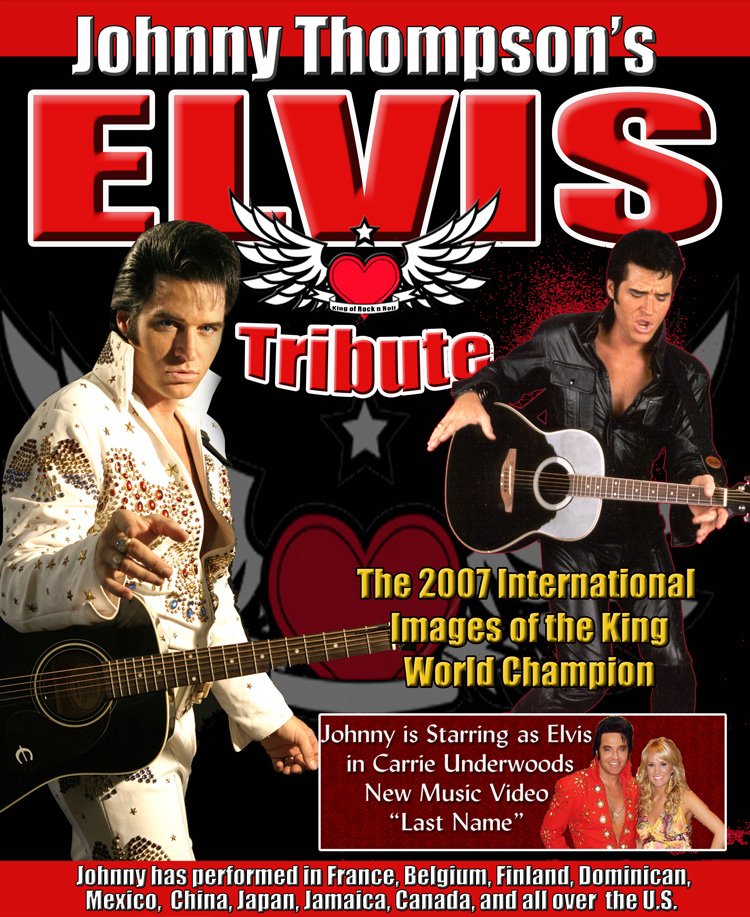 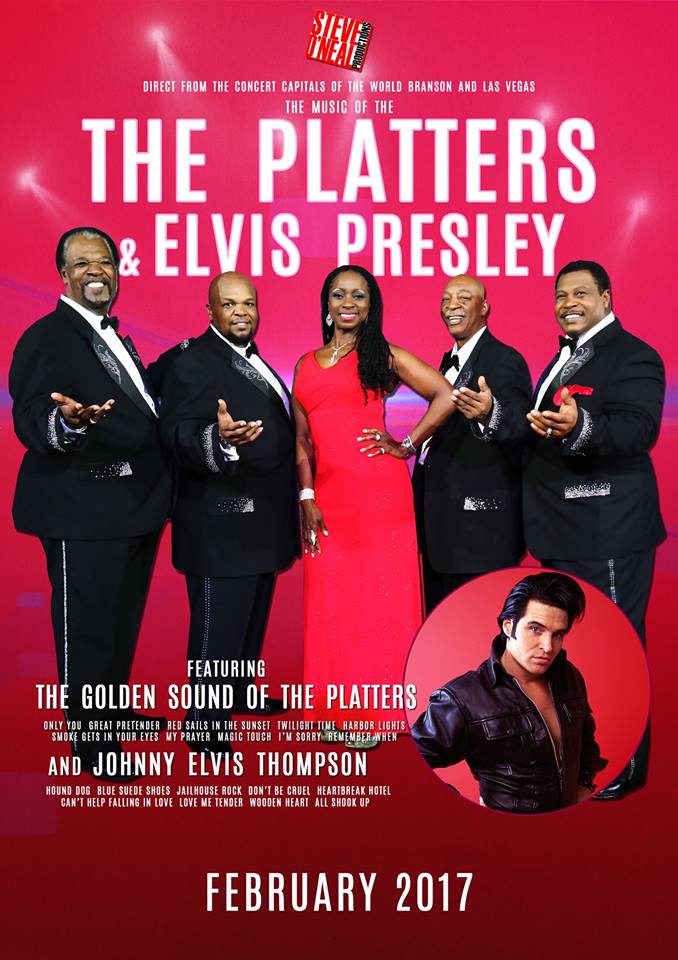 Live shows all over the World with Clients That Include Major Casinos in Las Vegas and Fortune 500 Businesses. Resorts and Concert halls in Countries like, The Philippines, Malaysia, Hong Kong, China, Japan, France, Belgium, Finland, Canada, Dominican Republic, Mexico and China. Thompson toured Europe in France, Finland and Belgium. Playing at sold out arenas.

Johnny began his Elvis Tribute Artist career by working for a singing telegram agency in Chicago. His career skyrocketed leading to performing at House of Blues Chicago and for the Chicago Bulls and San Antonio Spurs. Eventually working with the Top Elvis Bands has lead Johnny to be one of the Premiere Elvis Tribute Artist in the World Today! Johnny has worked with The Jordanaire’s , Elvis’s Original back up singers and many of Elvis’s original entourage including Elvis Stage Manager, Al Dvorin, who was a dear friend.

He has appeared on numerous TV shows and Movies and has appeared World Wide from China, Vietnam, The Philippines, Korea, Finland, France, Belgium, Japan, Bolivia, Dominican Republic, Canada to Mexico and Jamaica. Johnny Hosted the MTV Movie Awards Red Carpet in 2005 and was labeled TRLVis for MTV’s top Show TRL. He has since appeared in over 4 other MTV Show and on Vh1’s Surreal Life.

Check out my Demo Videos Below 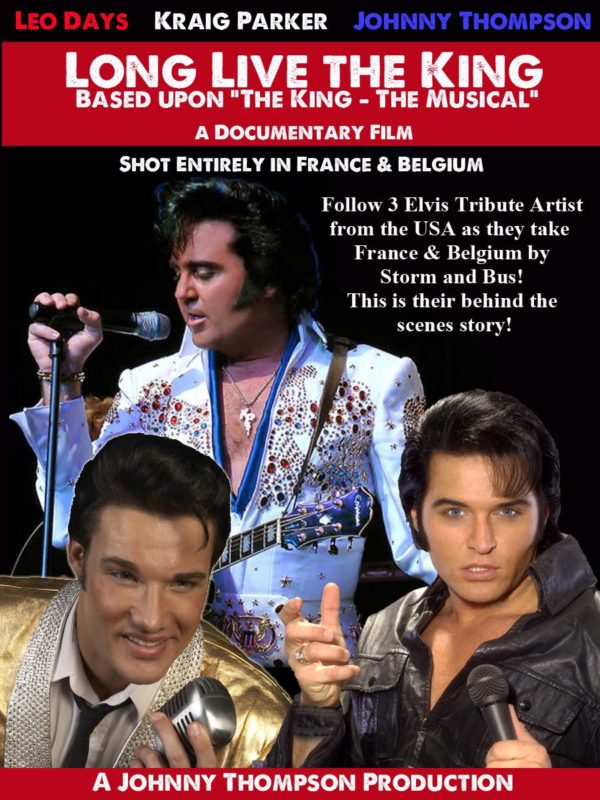 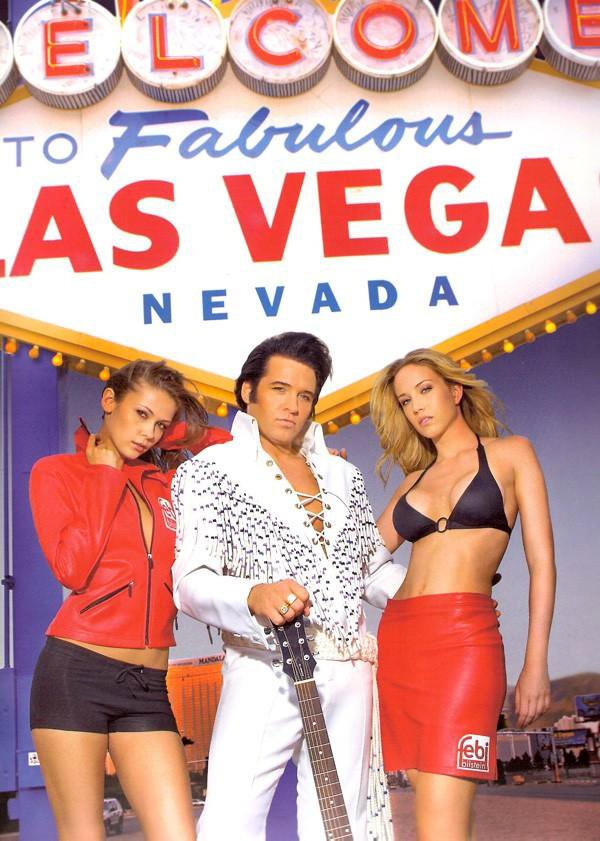 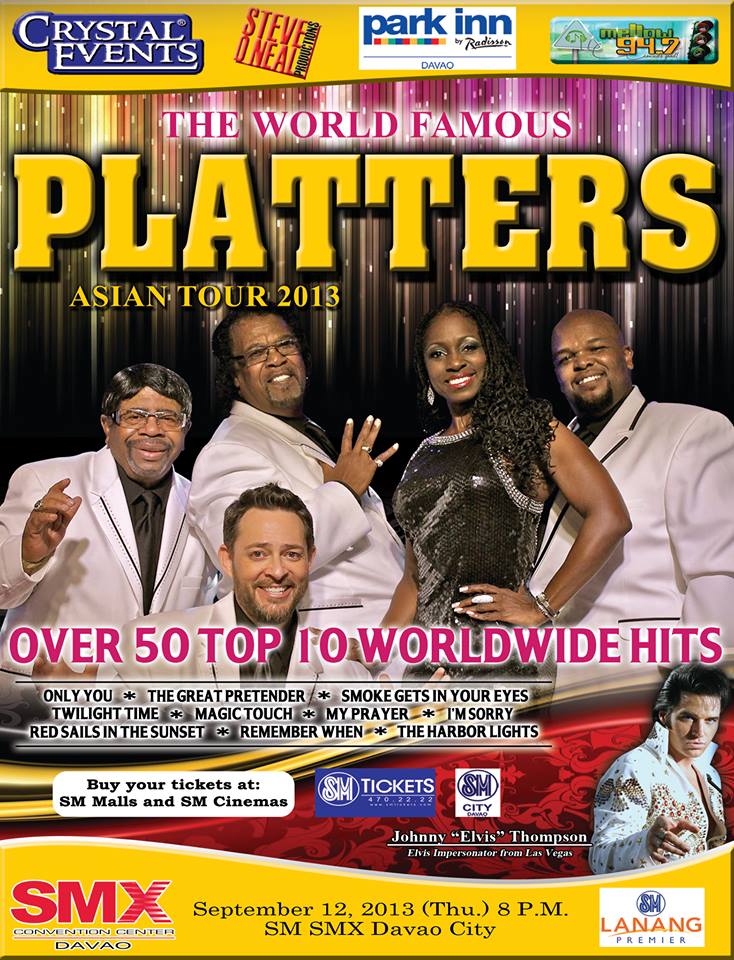 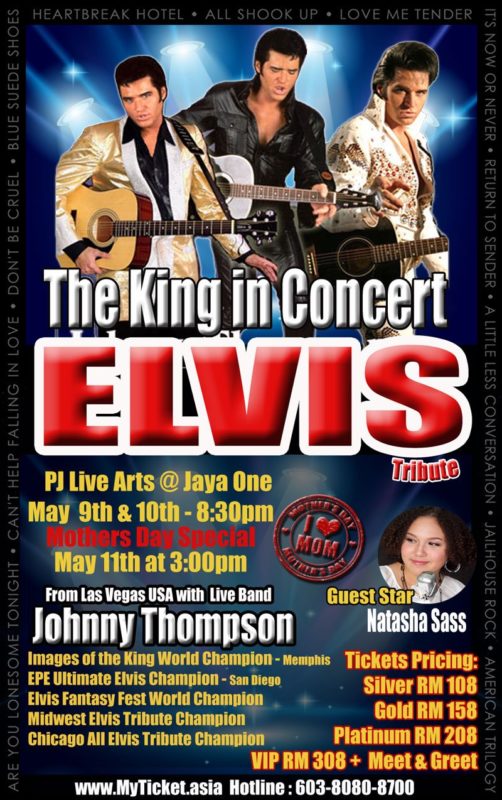 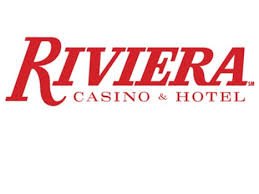 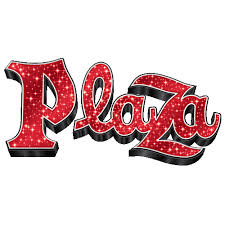 Greg Thompson of Greg Thompson Productions (GTP), on of the worlds largest show producers, with shows in Las Vegas, Reno, Biloxi Ms, on Broadway, Valley Forge-Pa., considers Johnny to be the “World’s Top Elvis Impersonator”. Johnny was cast by GTP to play Elvis in The Wolfman Jack Rock-n-Roll Review in Tunica, Ms,. GTP has recently produced another show around Johnny’s Elvis Impersonation called “Greased Lightning” that opened in Canyonville,Oregon in May 2001 and again in Biloxi, MS in 2003. In 2003 Johnny wrote and starred in a show for Greg Thompson called “Elvis, Elvis, Elvis” that was produced at Seven Feathers Casino,Oregon. 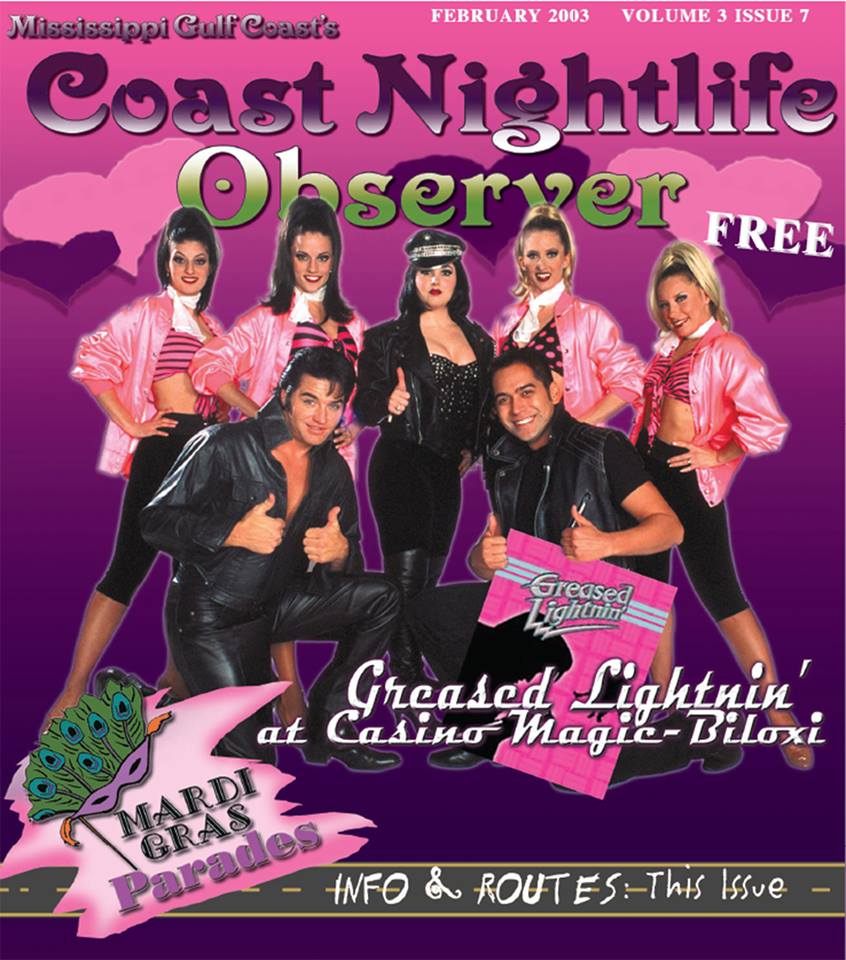 With Clients all over the world. Clients That Include Major Casinos in Las Vegas and Fortune 500 Businesses. Resorts in Countries like the Dominican Republic, Mexico, Philippines, Malaysia and China. Elvis Tribute Artist  Johnny Thompson has toured Europe in France, Finland and Belgium. Playing at sold-out arenas. Johnny is highly in demand and available for Television, Film, Stage, Casinos, Theaters, Fairs, Festivals, and Corporate Events and Trade shows. Johnny Thompson starred in the “Almost Elvis” and “The Men who would be King” documentaries about Elvis Impersonators. Johnny played the part as Elvis in a TV series on Sci-Fi Channel called ” The Chronicle”. Johnny co-starred on “Get Golf” with John Ohurley ( J. Peterman on Seinfeld) on USA Network. In 2005 Thompson Hosted the 2005 MTV Movie Awards Red Carpet for TRL. He also appeared on “TRL, Viva La Bam, One Bad Trip, 24/7 and The Surreal Life”.  Considered by many to be the “BEST ELVIS IMPERSONATOR” in the Business. Your next event will be a success with Johnny as your Entertainer.

As a Las Vegas Entertainer, Johnny can also provide Las Vegas Celebrity Impersonators acts. We also provide  Look-a-likes, and Celebrity Impersonators, Michael Jackson Tributes, Dancers. You can book Bands and Look-Alikes and other acts by contacting Johnny. It’s amazing that Elvis’s legacy lives on even thirty years after his death. The popularity of the King, that has provided this line of work, after all these years. This Tribute Artist puts his all into every performance. Some people may say that an Elvis Presley Impersonator has no identity of his own and is known only by his impersonation. This is often a misconception. Thompson has grounded himself as a martial artist, a Christian, and has strong family values he was taught while growing up in the South. Johnny has enjoyed being a Tribute Artist all over the world.